描述
[Showing the appearance of a high-performance sports car in a new era] Toyota Celica, announced in October 1970 as the first specialty car in Japan. Celica XX is a model with a 6-cylinder engine added as an advanced grade. In July 1981, the second generation, which adopted a sharp wedge-shaped body based on straight lines, appeared. The top-grade Celica XX 2800GT is powered by an inline 6-cylinder 2759cc 5M-GEU engine equipped with EFI (Electronic Fuel Injection) with a maximum output of 170 horsepower. In addition to the high performance, the interior was also luxurious and fulfilling, with eight adjustable seats and an electronic display meter that accurately and easily displays information. Also, as an image character, Colin Chapman, the founder of Team Lotus, who was participating in F1 at the time, was appointed. The Celica XX 2800GT presented a new era of high-performance sports cars, as the title of Super Grand Sports. 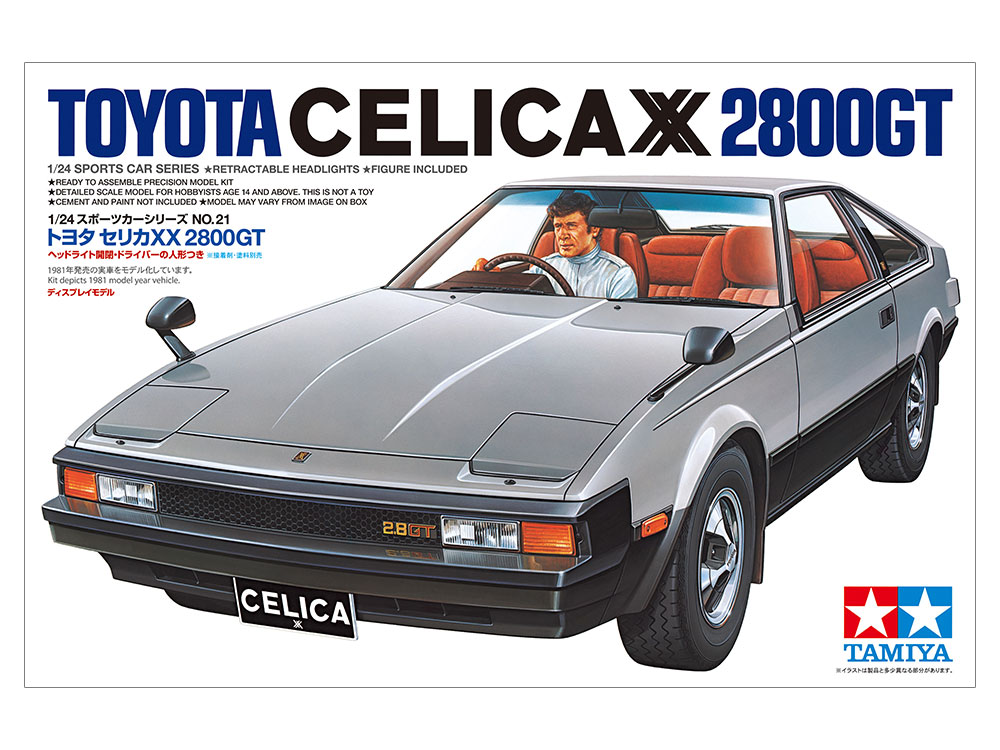 【About the Model】 ★ This is a plastic model assembly kit that reproduces the 2800GT, a top grade of Celica XX, a high-performance sporty car from Toyota that appeared in July 1981. ★ 1/24 scale, total length 195mm, total height 52mm, total width 74mm. ★ A wedge-shaped (wedge-shaped) sharp form based on a straight line is modeled as it is on a real vehicle. ★ Retractable headlights can be opened and closed. ★ The lower surface of the chassis, such as the front MacPherson strut, suspension of the rear trailing arm and the exhaust pipe, has a three-dimensional effect. ★ The interior is easy to make with a reduced number of parts and has a realistic finish. ★ The digital meter is represented by a slide mark. ★ The tires are made of synthetic rubber with realistic tread patterns. ★ Wheels are plated parts with a separate center cap. ★ The front wheels can be steered. ★ With driver doll. The large rear combination lamp is a clear part. Paint with clear red and clear orange. The square retractable headlight is movable. It can be finished in a pop-up state. Comes with a driver doll that enhances the feeling.
其他信息
Shipping & Delivery